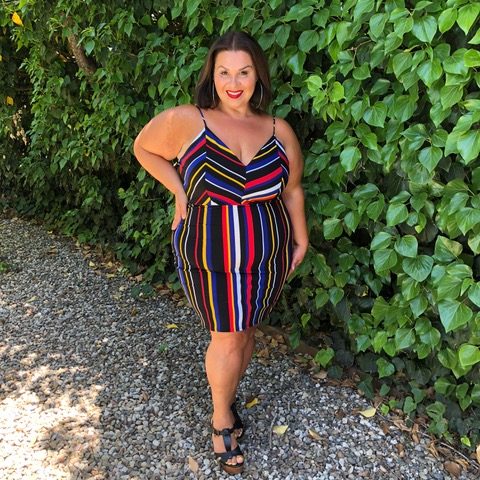 “My Mom nurtured and inspired my love for music”. Whenever Deanna is asked where her love and passion for music came from, this is always her answer. As a young girl Deanna would sneak down to the family basement, her roller hairbrush in hand and would note for note match the riffs and tones of Whitney, Patsy, Chaka and Barbara. The family basement led to recording studios and stages in the Boston area, where Deanna was born and raised.

One lucky day, Deanna was overheard singing by a staff member at the prestigious Berklee College of Music. She was on the spot, offered a scholarship to attend their 5-week Summer Program and by the end of it, wowed the institution into awarding her a full tuition scholarship to study.  Deanna gratefully accepted.

During her time at Berklee she honed her singing, performing and songwriting skills. She landed her first, national jingles, performed with and for Diana Ross, Patti Labelle, Arif Mardin, Yolanda Adams, CeCe Winans and Pat Metheny and on a magical night at The Wang Center in Boston, she took the stage with Stevie Wonder. He played piano and she sang “Ribbon in The Sky”. All she remembers is a standing ovation, hugging Stevie and not wanting to let go and being written up in The Boston Globe as a sensation the next day!

Deanna graduated Berklee with a BA in Music Business and Management and a minor in Songwriting. She picked up her degree and her stuff and moved to NYC. There she was met with more incredible opportunities as a vocalist for studio, live and jingle gigs. She landed a Top 3 Billboard Dance hit with “Higher”, which she sang/co-wrote and was produced by legendary DJ and Grammy award winning producer, David Morales.Deanna moved to LA where the passion and success flourished further. Her professionalism and talents led her to be called upon by greats like David Foster, Diane Warren and many other hit writers and producers for lead and background vocals.

In 2014, Deanna was a contestant on Season 8 of NBC’s #1 rated show, “America’s Got Talent”, hosted by Nick Cannon with Celeb Judges: Howard Stern, Mel B., Howie Mandel and Heidi Klum, Deanna made it to the live, quarter semifinal round at Radio City Music Hall in NYC with a TV audience of 10 million. That same year she was cast as the lead singer/dancer/actress in the next 2 years of BIG LOTS holiday commercials.

Her singing and songwriting can be heard in over 200 Film, TV & Ad placements like: “Apple”, “Betrayal”, “Sex and the City”, “General Hospital”, and “America’s Funniest Home Videos”, to name a few.  As a vocalist, Deanna’s commercial resume includes national campaign spots for JBL, Dos Equis, Big Lots, State Farm, Nabisco, Proctor & Gamble, Mattel, Jack in The Box and Siemens Technologies, to name just a handful.

Another creative passion for Deanna has always been cooking. Her parents owned an Italian Restaurant for 45 years and there and at home, Deanna honed her culinary skills. This led her to audition for Fox’s Master Chef in 2019, hosted by renowned Chef & TV personality, Gordon Ramsey. On Season 10 of the show, Deanna won a coveted white apron from the judges and became a member of the elite Top 20. Deanna will be appearing as a Judge and Chef on Season 2 of Hot Mess Express on Sling TV.

Forever creating, in July of 2020 Deanna launched her Inspirational, Self-Love/Body Positive company, Bomb Chica Apparel. The company was inspired by her song “I Am A Masterpiece”, a  self-love anthem Deanna wrote in 2013 and released in 2017. It is an ongoing passion of Deanna’s to inspire everyone to love and appreciate themselves!

The future is bright and abundant and with that, gratefully blessed with creativity and talent, Deanna is LIMITLESS!